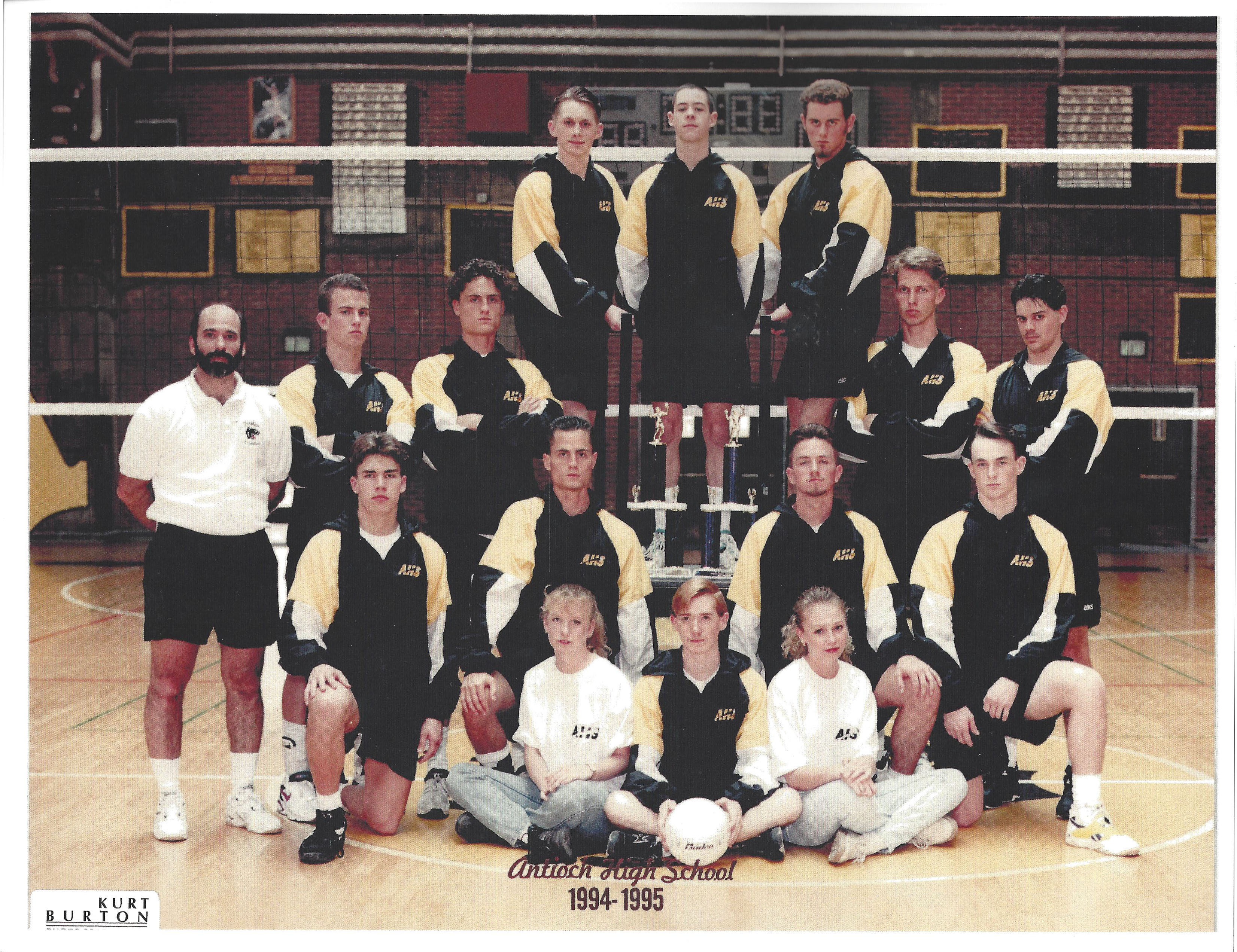 After going to the semi-finals of the North Coast Section Playoffs in 1994, nothing was going to stop Coach Lou Panzella’s 1995 team from being the best of the North Coast. Led by arguably the best player in the section, Larry Lentz II (Antioch Sports Legends HOF 2016), Antioch went the distance, capturing its first North Coast Section Championship. To win this, they had to beat previously undefeated College Park in a hotly contested match. Winning the championship the Panthers finished with a 26-2 record. One of its losses was to their defeated foe, College Park.

Antioch won three tournaments: College Park Invitational, Betty Suttich Invitational, and the Acalanes Invitational. After league and invitational tournament play, Antioch was seeded second in the NCS Playoffs. They opened the playoffs against Head Royce (17-4) winning in straight sets (15-10, 15-13, 15-7). The Panthers advanced to the semi-finals versus Acalanes (19-5), winning (15-6, 10-15, 15-9, 15-6). That propelled AHS into the section finals where their nemesis and top seeded College Park waited. The Panthers defeated the previously undefeated Falcons (15-12, 5-15, 15-8, 15-12) to claim its first North Coast Section Championship.