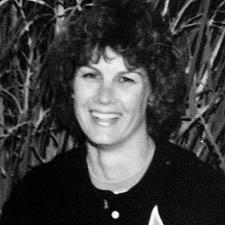 Credited by the Antioch Ledger as “the coach who brought Antioch to the top of the softball world,” Andria Edwards’ Antioch High softball teams won two North Coast Section Championships in three years, triumphs that earned recognition as East Bay Coach of the Year in 1984 and again in 1986. That type of success is enough to be considered for Antioch Sports Legends recognition, but Coach Edwards led two more teams to two additional North Coast Section Championships in a completely different sport – golf – at a different high school. Her Deer Valley High girls’ golf teams have made it to NCS seven out of the last nine years. Edwards, who coached varsity softball at Antioch High School for 13 seasons, had eight Diablo Valley Athletic League Championships in the decade between 1979 and 1989 and sent 11 of her athletes on to college softball careers. Eight of her players have been inducted into the Antioch Sports Legends Hall of Fame; Michelle Gromacki, Rachelle Manning, Debbie Nelson, Sue Cardinale, Mia Rexroth, Karen and Sharon Christianson and now Dawn Hilgenberg (all AHS). During the North Coast Section winning softball seasons, the Panthers’ records were 28-1 (1984) and 25-2 (1986). Her assistant coaches were John Rebstock and Bob Luis. Coach Edwards said her teams’ successes owed a great deal to former AHS Principal Bob Lathrope, who was “the first principal to promote and support women’s sports at Antioch.” Proving that such success could be repeated, Coach Edwards switched hats and came to cross-town rival Deer Valley High in 1996 when the campus opened, becoming its physical education department chair. She began coaching softball that year and three years later began the first Wolverine girls’ golf team in 1999. The 2012 golfers became the sixth team to be Bay Valley Athletic League Champions. Six of her students have gone on to play golf in college. Coach Edwards is herself a product of Antioch High, where she graduated as Andria Litvinov in 1971. Swimming, volleyball and tennis were the only sports open to women at Antioch High in the late 1960s and early 1970s, so she had no opportunity to compete in the sports she later came to love and coach. Coach Edwards graduated in 1976 from California State University, Chico and was hired that same year at Park Junior High School (now Park Middle School) and promptly began coaching the JV basketball, swimming and volleyball teams. She shifted to Antioch High the following year, and became the varsity softball coach in 1979 and coached varsity girls’ basketball for three seasons, 1979-1981. Her three children have been some of her best pupils, and pursued their own sports careers. Daughter Alexis, a BYU All-American in golf, is now the head women’s golf coach at Cal State Monterey Bay. Daughter Ashley was named MVP for three years in the BVAL and played for the University of Oregon before turning pro. Son Tom was MVP for golf at DVHS and was All-League in water polo. Her last two children were born during Coach Edwards’ tenure at Antioch High – in the midst of her best softball coaching seasons. During the two final pregnancies, she spent three hours after each full teaching day coaching the girls’ team on basic fundamentals. “It was hard at times,” she said in an interview in the late 1980s, “I remember at the North Coast someone was sitting next to my mom and they were saying, ‘She (Andria) shouldn’t be out there’ and my mom turned around and said, ‘She has a right to be where she wants to be.’ “