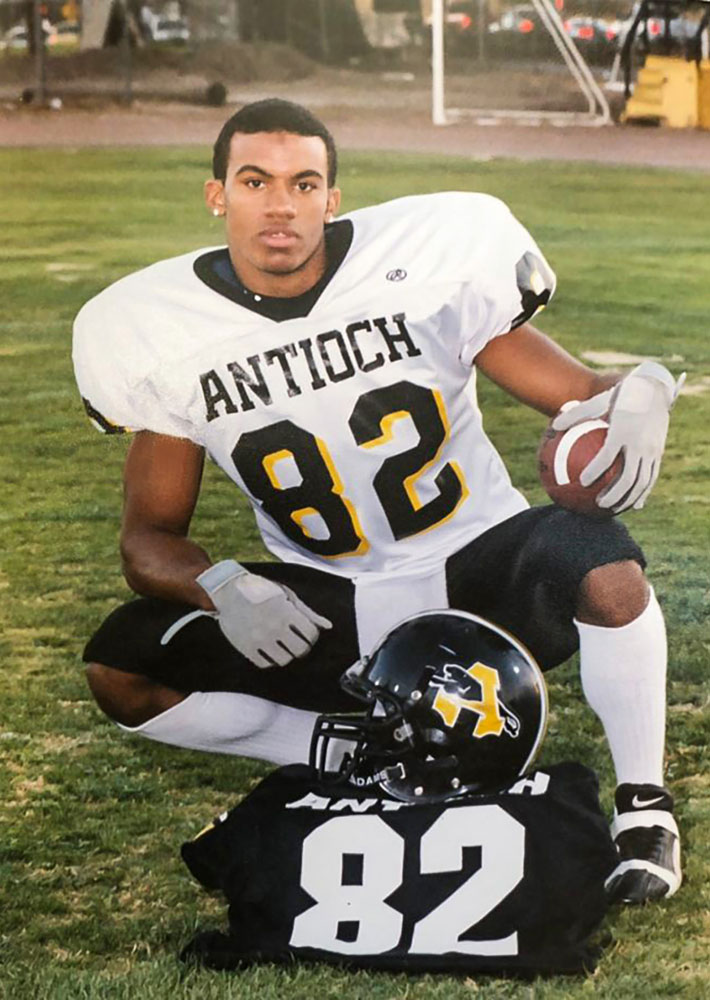 Getting hit by a truck would usually be a once in a lifetime experience. Unfortunately for opposing quarterbacks, it was a frequent occurrence! On the football field, Anthony Trucks was a force to be reckoned with on both offense and defense. In his senior year, the speedy and powerful Trucks earned 1st team All-BVAL and All-East Bay honors at Wide Receiver. A gifted athlete, Anthony also participated in Track for 3 years where he excelled in the Long Jump and Triple Jump. In 2002, he was ranked #10 in the CC Times “Cream of the Crop” and was the only Antioch High School athlete to be listed as one of the Top 100 athletes by the Times in their annual ranking in 2002. After high school, Trucks attended the University of Oregon on a scholarship where he excelled and led the Ducks defense his junior year in tackles with 55 and QB sacks with 6.5 sacks. During his senior year, he led the PAC-10 in tackles for loss (15.5 for 78 yds) and QB sacks (11) where he was ranked 8th nationally resulting in Trucks earning 2nd Team All-Pac 10 honors. Anthony’s performance has been also recognized in the Oregon record books where he is listed as 7th for QB sacks in a season and is tied with 49er first round draft pick DeForest Buckner for 10th in career sacks. After College, Trucks attended the NFL combine and spent time with the Pittsburgh Steelers, Washington Redskins and Tampa Bay Buccaneers where he played in one pre-season game prior to sustaining a career ending injury. More recently he participated in the American Ninja Warrior competition in Los Angeles where he advanced to the city finals in 2017, 2018 & 2019.