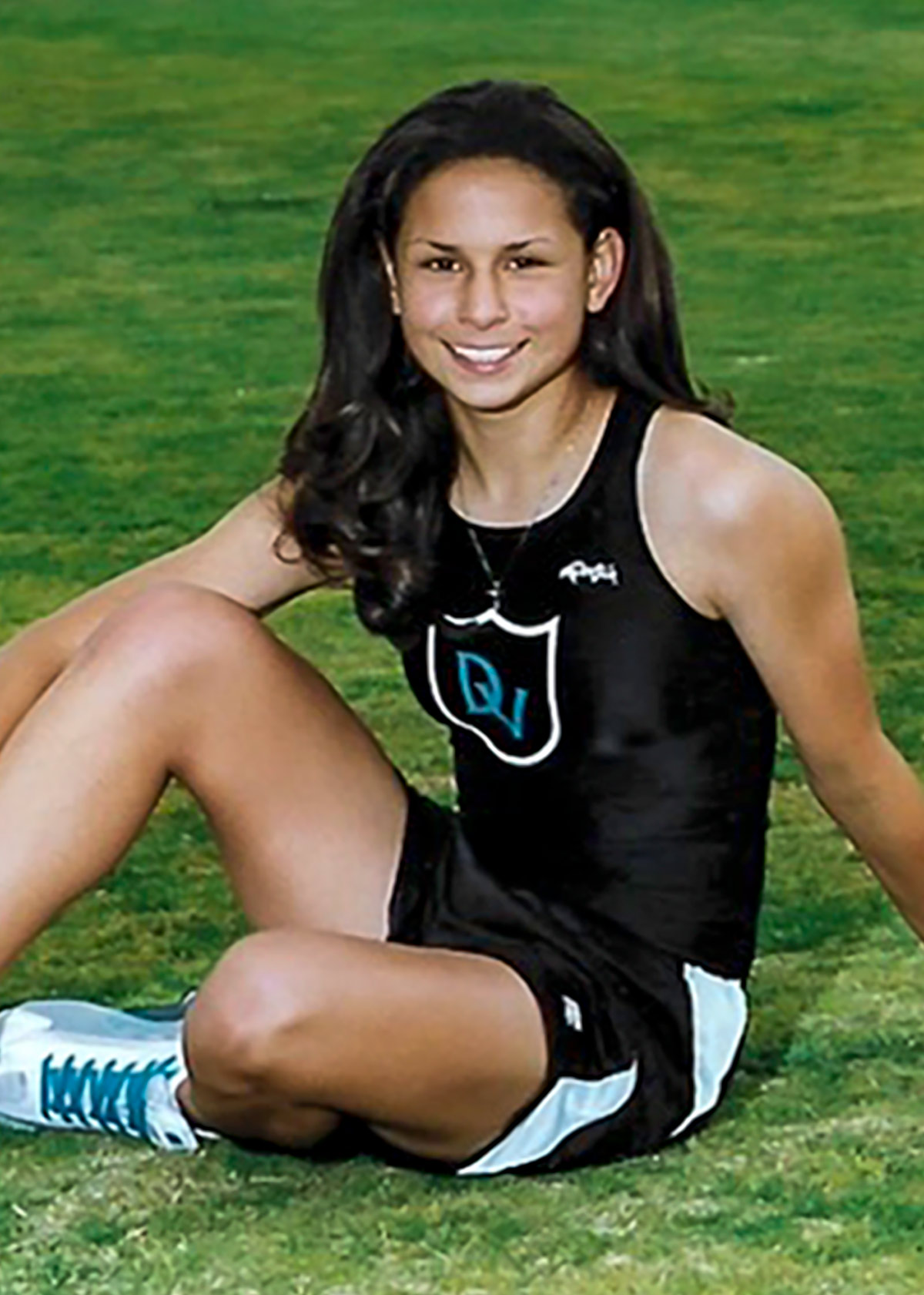 Ashley Vallis’s athletic career began with a difficult decision, soccer or basketball? Both are winter season sports, but her heart chose soccer. Ashley dreamed of playing soccer in college and believed that participating in track and field would increase her soccer speed and endurance. She was right. A varsity athlete as a freshman in cross country, soccer and track, Ashley demonstrated great prowess.

In soccer Ashley was team captain and 1st Team All-Bay Valley Athletic League four years in a row. As a sophomore in addition to her high school soccer she was recruited to play for the Walnut Creek’s Dynamos Soccer Club where she would play with the top talent in the Bay Area further honing her skills. As a junior she led the Deer Valley soccer team in scoring with 33 goals and 13 assists and as a senior was named BVAL Most Valuable Soccer Player.

In Track and Field Ashley would win the League 800m title 4 straight years, the North Coast Section and Meet of Champions twice and would qualify for the CIF State Track & Field Championships every year of her high school career ranking as high as 13th in the State. In addition she was named one of the Contra Costa Times top 50 female athletes three times and DVHS’s track MVP as a sophomore and junior. She would finish her track career with 11 league, NCS and Meet of Champions victories and by being named Deer Valley High School Female Athlete of the Year.

Ashley received a soccer scholarship to Cal Poly, San Luis Obispo. She was named All-Conference her sophomore and senior year and graduated with a Bachelor of Science degree in business administration.

Today Ashley is a Contra Costa County Deputy Sheriff. She was named 2014 Officer of the Year and received the Bronze Star for rescuing a victim from a burning building.