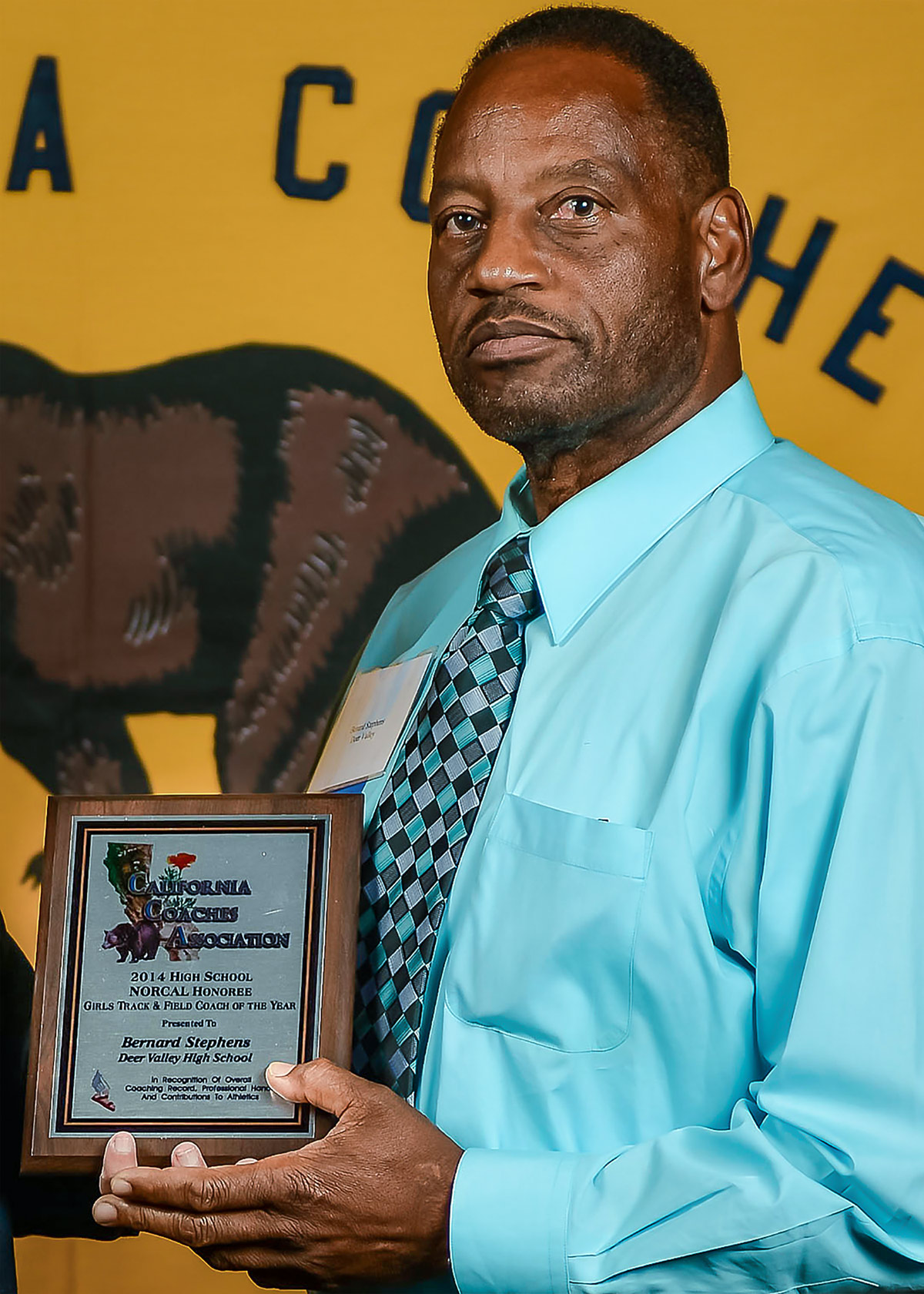 Bernard Stephens, this year’s Outstanding Coach Inductee became the Head Track and Field coach at Deer Valley High School in 2000. Arriving with 24 years of prior coaching experience he immediately began to change the culture and expectations of what it meant to be a Deer Valley track and field athlete.

For the next 16 years Bernard would guide both the boys and girls programs to heights never before achieved sending 60 athletes to the California State Track and Field Championships. During a remarkable span from 2007 to 2015 one girls team would finish 7th and 19 athletes and relay teams would place and score points for the Wolverines in the State Finals. That included triple jump champion, Hammed Suleman and three runner-ups, Chizoba Okodogbe and Briana Guillory in the 400 meters along with his 2015 girls 4x400m relay team. Suleman, Okodogbe and Guillory would each go on to become multiple-time College All-Americans at CAL, Oregon, and Iowa respectively.

The single most remarkable State Meet performance by one of Bernard’s athletes may have been turned in by Taiwan Jones who in 2007 placed in both the 100, 200 and both relays. Only one of 2 NCS male athletes ever to place in all 4 events they entered.

Beyond the athletic honors and championships Bernard Stephens worked to create a safe and caring environment for his athletes. He taught young men and women the importance of sportsmanship and quality work habits while instilling in them the competitive drive to be the best they can be both on the track and in the classroom.