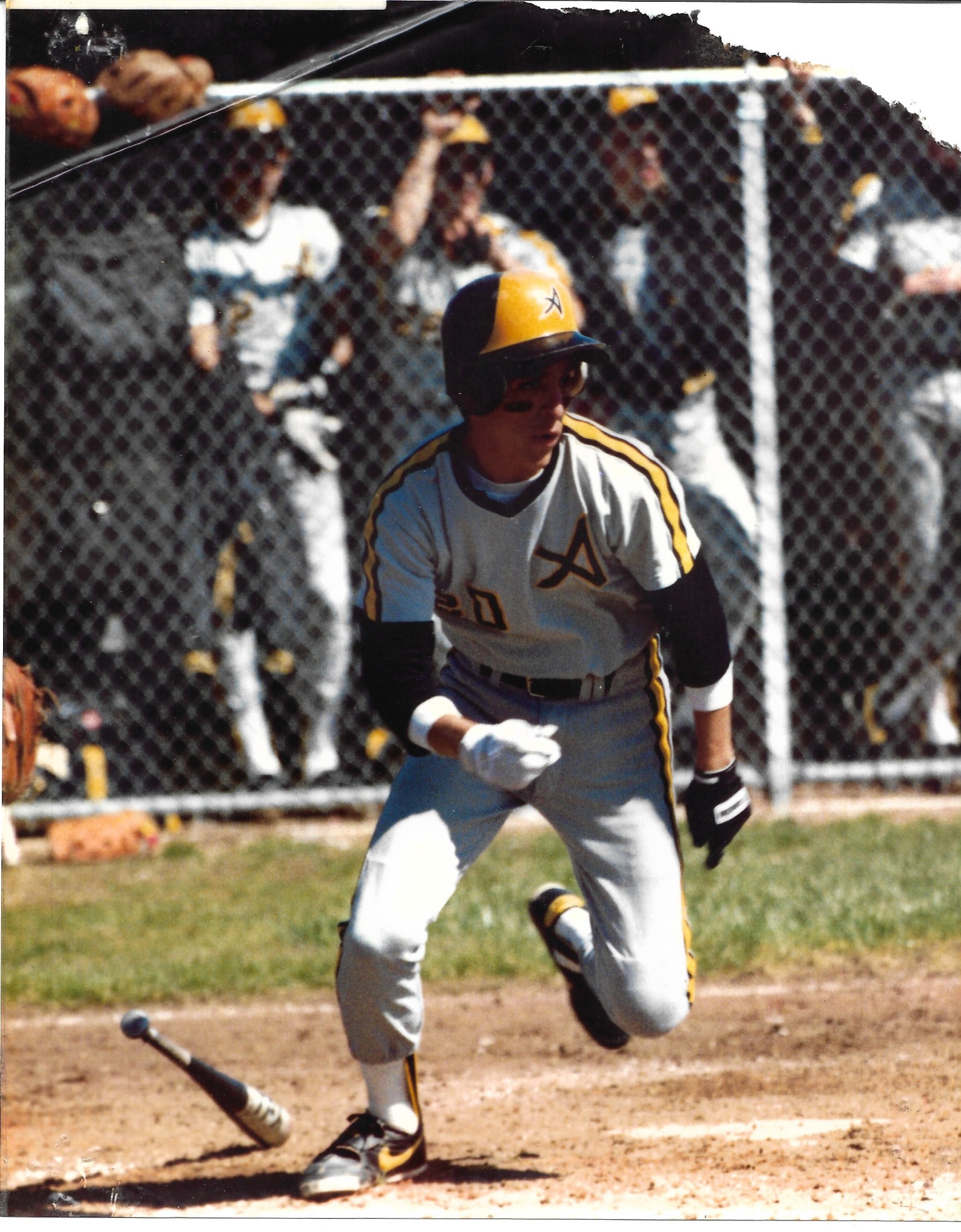 Growing up in Antioch and starring in baseball since Little League through a two year high school varsity career, Carlie Roman capped it all off with an incredible senior season at Antioch High in 1989. The slick fielding infielder batted a jaw-dropping .692 in league play and an overall .526 while leading his Panther teammates to a Bay Valley Athletic League title and an appearance in the North Coast Section Playoffs while compiling a 20-6 record under the tutelage of 2012 Sports Legends Hall of Fame inductee, Coach John Whitman. Roman was selected 1st Team All-BVAL. He also garnered a 1st Team All-East Bay nod and was named to the All-California State Team. In addition, Carlie was named the Prep Athlete of the Week by The Tribune, the Lesher Sports All-Star Team and The Tribune’s Athlete of the Year for baseball. Carlie was also a three year varsity letterman as a point guard on the Panther basketball team.
Upon graduation from Antioch High, Carlie enrolled at Los Medanos College where he continued to excel on the diamond. In his freshman year Roman was a star second baseman for the Mustangs, ending the season by being named 1st Team All-Coast Conference. In his sophomore season at LMC Carlie switched to shortstop and led the Mustangs with a batting average of .381 with 43 hits. He was the team leader in many offensive categories including; runs scored, slugging percentage, on-base percentage and striking out only 12 times in 113 at bats. The conference coaches recognized his superlative play on offense and defense and selected him 1st Team Shortstop of the All-Coast Conference. Roman’s fabulous career at Los Medanos was topped off by being named the Male Athlete of the Year for the 1990-91 school year.
After LMC, Carlie went on to play second base for the San Francisco State team. In 1992 he had a batting average of .264 for the Gators. Carlie and his wife Kathy reside in Antioch and have three children; Rylie, Joseph and Pypper.