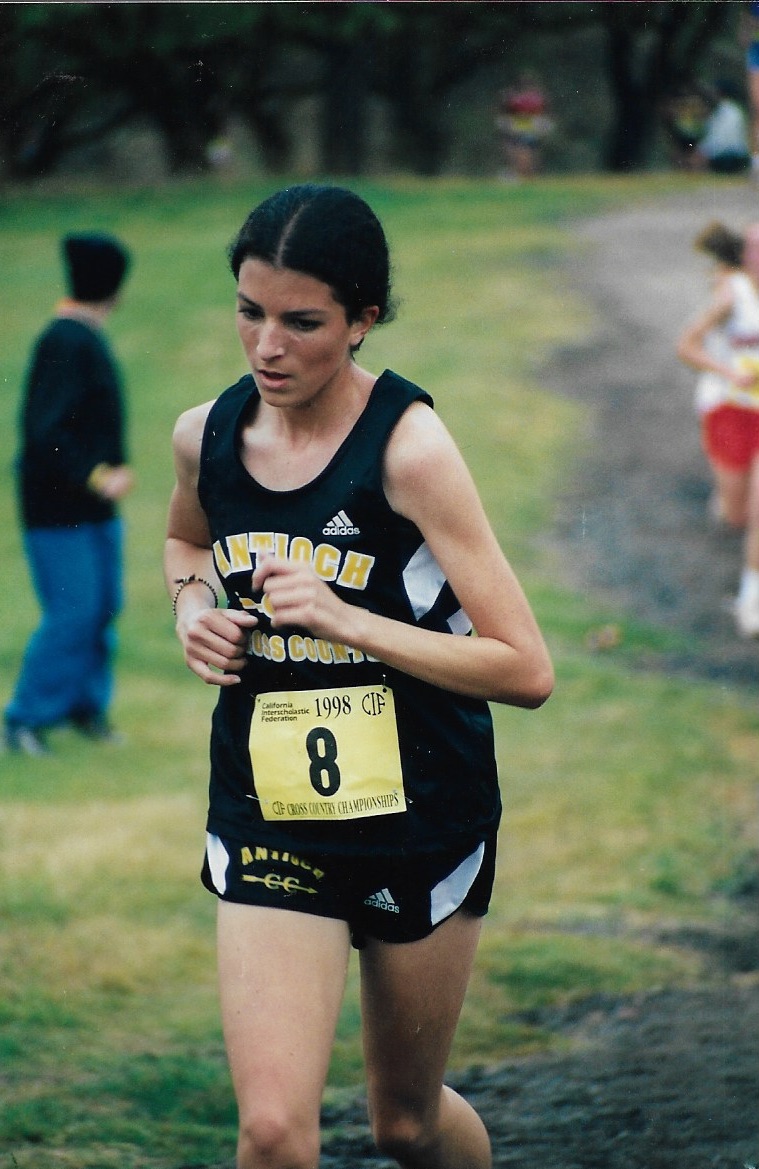 It’s not very often one can use the term “The Greatest” but in Janie Nolan’s case it is absolutely true. Since high school girls Cross Country became a sport over 40 years ago, she remains the city of Antioch’s greatest female XC runner ever. Coached by Mike Amorosa, Janie literally burst on to the XC scene. As a ninth grader she was the 3rd fastest freshman in the Division 1 State Meet and was 1st Team All-North Coast Section, qualifying for her first State Meet where she finished as the 3rd fastest freshman runner in the State of California in the Division 1 race and the 4th fastest NCS runner regardless of grade. Janie capped off her Track season by setting a school record in the 3200 meters with a time of 10:51.15, breaking Sports Legends Hall of Fame Inductee, Shane Felix’s school record by nearly 20 seconds.
As a sophomore in 1999 she would only get better winning her first league title and being named 1st Team All-North Coast Section for the second year after leading her team to the BVAL and NCS Titles. However, the best was yet to come. In the California State Meet she finished 2nd overall and led her team to a 3rd place finish in the Division II race. This is 2nd highest placing ever for an Antioch High School team in head-to-head competition, surpassed only by the 1988 Sports Legends Hall of Fame wrestling team.
Near the end of her sophomore season Janie was dealt a serious setback, contracting mononucleosis which carried over into her junior cross-country season. Despite this hurdle, Janie overcame the obstacle and though not 100% won her second league title and her third 1st Team Al l-North Coast Section award. She would help her team qualify for the State Meet and would go on to finish 1st for her team and 15th overall in the championship race. Janie also qualified for the State Track Meet as a freshman, sophomore and junior, was named to the CC Times top 50 female athletes list all three years and was AHS’s 2002 valedictorian.