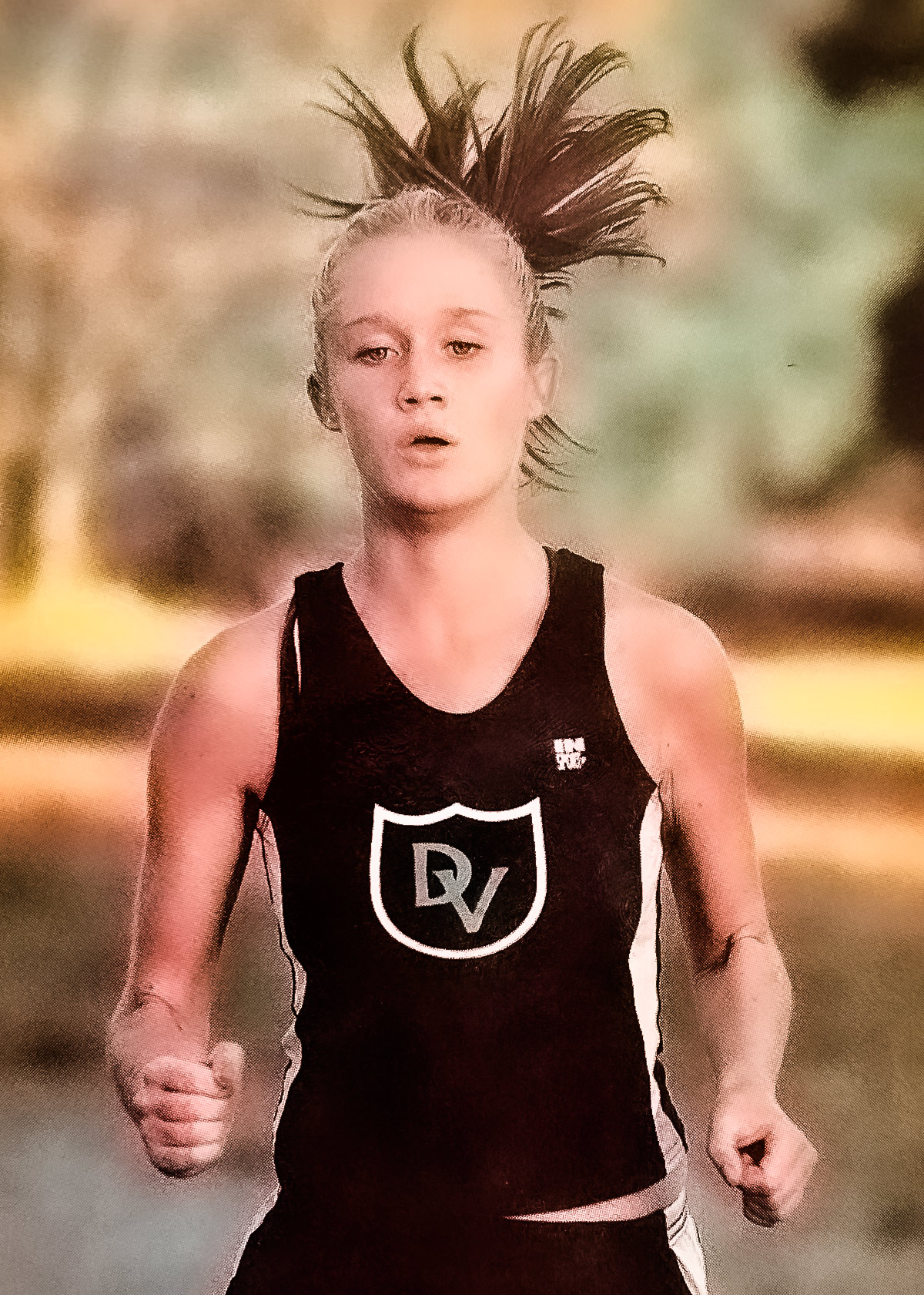 Jessica Daley became a Cross Country runner during her sophomore year at Deer Valley High School to help her get in shape for soccer season. Little did she know it would lead to an outstanding high school and collegiate running career. During Jessica’s senior year at Deer Valley she was the individual BVAL champion and helped lead the team to a second place BVAL finish and North Coast Section. She was 1st team All-Northern California, finishing 3rd with a time of 18:51 for the 3-mile race and qualifying for the CIF State meet. She was also recognized as the Deer Valley High School “Outstanding 2003 Multi-Sport Female Athlete”, having played four years of soccer, and run two years of track. Among her fondest DVHS memories are the friendships she had with her teammates. “The lessons learned” she says, “in reflection were awesome.”

Jessica continued her Cross Country career in the “Big West Conference” at the University of Pacific, where she earned three varsity letters before graduating early with a BA degree in Business. Jessica strove for a “Runners High” where she felt like she was floating on the air during her races. During her first two seasons, she broke the UOP 5K record and was their top runner, finishing first for the team in all 7 invitationals they attended. She was UOP’s Most Valuable Runner as a Sophomore.

Following her time at UOP, Jessica attended the Academy of Art University in San Francisco, where she earned her MFA degree in Interior Architecture & Design. Living in Irvine, she is currently working for Toll Brothers as the assistant design studio manager for Southern California. Jessica (Daley) Teeter is married to Tim, has a son (Nyte), daughter (Daley), a cat (Kitty), and dog (Daisy).