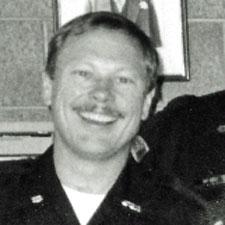 Baseball skills emerged early for Larry Hopwood. The 1970 Antioch High graduate was already a Babe Ruth All-Star by the age of 15. The Panther Junior Varsity squad clearly benefitted from having the lefty on the team – it won the Diablo Valley Athletic League championship in both 1968 and 1969 under Coach Babe Atkinson. His varsity Antioch High squad, coached by Bill Snelson, won first in the DVAL in 1970 – a team inductee into the Sports Legends Hall this year. By his senior year, Larry was batting .386, the second highest in the league, and had 22 hits, which also led the DVAL. Larry, along with team mate Mike Lucido, were the only players in the DVAL to have more than 20 hits in a season – a statistic that put them far ahead of the 11th best batter in the league – future major league baseball star Kiko Garcia, who then played for Ygnacio Valley. Those batting stats earned the first baseman a berth on the league’s First Team in 1970, and later, a spot on the Antioch High All-Decade Baseball Team for 1961-1970. The Antioch Ledger selected Larry for the All-East County team, a designation that was the personal choice of the paper’s sports editor, who picked the cream of the crop among Pacifica, Pittsburg, Liberty and Antioch high schools. Larry continued playing baseball at Diablo Valley College in 1971-72 and then for the semi-pro American Realty-sponsored team of 1973-74. He also helped organize and played in the Antioch Merchant semi-pro league between 1975 and 1978. Larry remained in Antioch, working as a police officer and playing on the city police force’s bronze and silver medal-winning softball team that competed in the California Police Olympics.