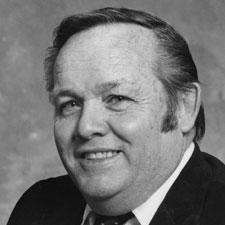 He was a diminutive man with a big impact on his players. An ode written by Keith Broaders just after Marv Comstock’s passing in 1995 described the Antioch coach’s personality as “gentle as a pit bull and subtle as a shark.” Marv, an Antioch High 1949 graduate, learned all about football at the knee of one of Antioch’s most revered coaches, Jack Danilovich, and was a JV player when future NFL pros Gino Marchetti and Duane Putnam put the Panthers on the map as AHS varsity team stars. After a year at Fibreboard following high school, Marv spent four years in the Navy, then graduated from San Francisco State College (now University) and was promptly hired as prep coach at St. Vincent’s High. His Vallejo team had a 20-5 record over three years with an undefeated season in 1960 – the first of three teams to achieve a perfect record under Marv. Antioch’s School Board was wise to select the Panther alumni from among 40 applicants as a head coach in 1970, as the local paper pointed out. Marv’s resume listed a coaching record of 56 -16 in basketball; 49 -11 in track (which included two championships) and a dazzling 75-9-1 in wrestling, with two league titles in four years. Marv’s abrasive “field general” style kept his players focused during his three-decade, 98 -18 -1 football coaching career at four prep schools; nine years in Antioch, two years in Vallejo, three years in Walnut Creek and three years at Concord High, where Marv was the first varsity line coach in football and head wrestling coach when the school opened in 1966. The flat-top wearing Marv stood head and shoulders below his long-haired 1970s teen players, pushing Panther football teams to “Get up and strive to win.” Marv’s decade-long tenure with the Panthers produced an amazing 81 wins, 16 losses and 7 titles. However, his proudest achievement was never losing to Pittsburg, he said in an interview in 1982, a year after his retirement from teaching and coaching.