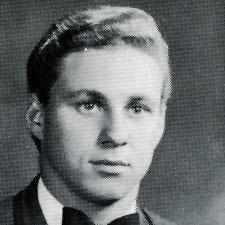 “Put me in, Coach – I’m ready to play today; Look at me, I can be, Centerfield.” Mike Lucido is the living embodiment to the lyrics from that John Fogerty hit song. His centerfield play for the Antioch High Panthers put the eager athlete on the Diablo Valley Athletic League First Team as a junior in 1970, and again as a senior in 1971. That 1970 season resulted in a batting average of .362, which was sixth highest in the league, 19 RBI’s in 16 league games and two grand-slam homers, the last of which was against College Park for the league title, turning a 3-6 loss into a 7-6 win. As a junior, Mike was second in the DVAL for total hits – 21 – one of only two players to top 20 hits that season. Running nine places behind him in 11th place was Ygnacio Valley senior Kiko Garcia who went on to a nine-year MLB career. By his senior year Mike had cracked the magic number and upped his batting average to .415, earning the DVAL title, and led his teammates as a captain. This 1971 performance was even better than the stats which earned Mike a spot on the AHS All-Decade team as a junior. As a freshman at Diablo Valley College, Mike was named to the All-Conference Second Team, and was the Vikings’ Most Improved Player. His second year at DVC showed continued improvement for the leadoff batter, with Mike raising his average to .365, up from the .324 he batted as a college freshman. Mike moved on to play at the University of Nevada, Las Vegas in 1973, where a Las Vegas Sun sportswriter wrote that the lefty outfielder is “a definite pro prospect,” who was offered a contract by the Philadelphia Phillies during both seasons he played for the Rebels. While in Las Vegas, Mike had a .385 average, which included six doubles, six triples and a home run. When Mike returned home to Antioch, he played for the semi-pro Antioch Realtors Team.