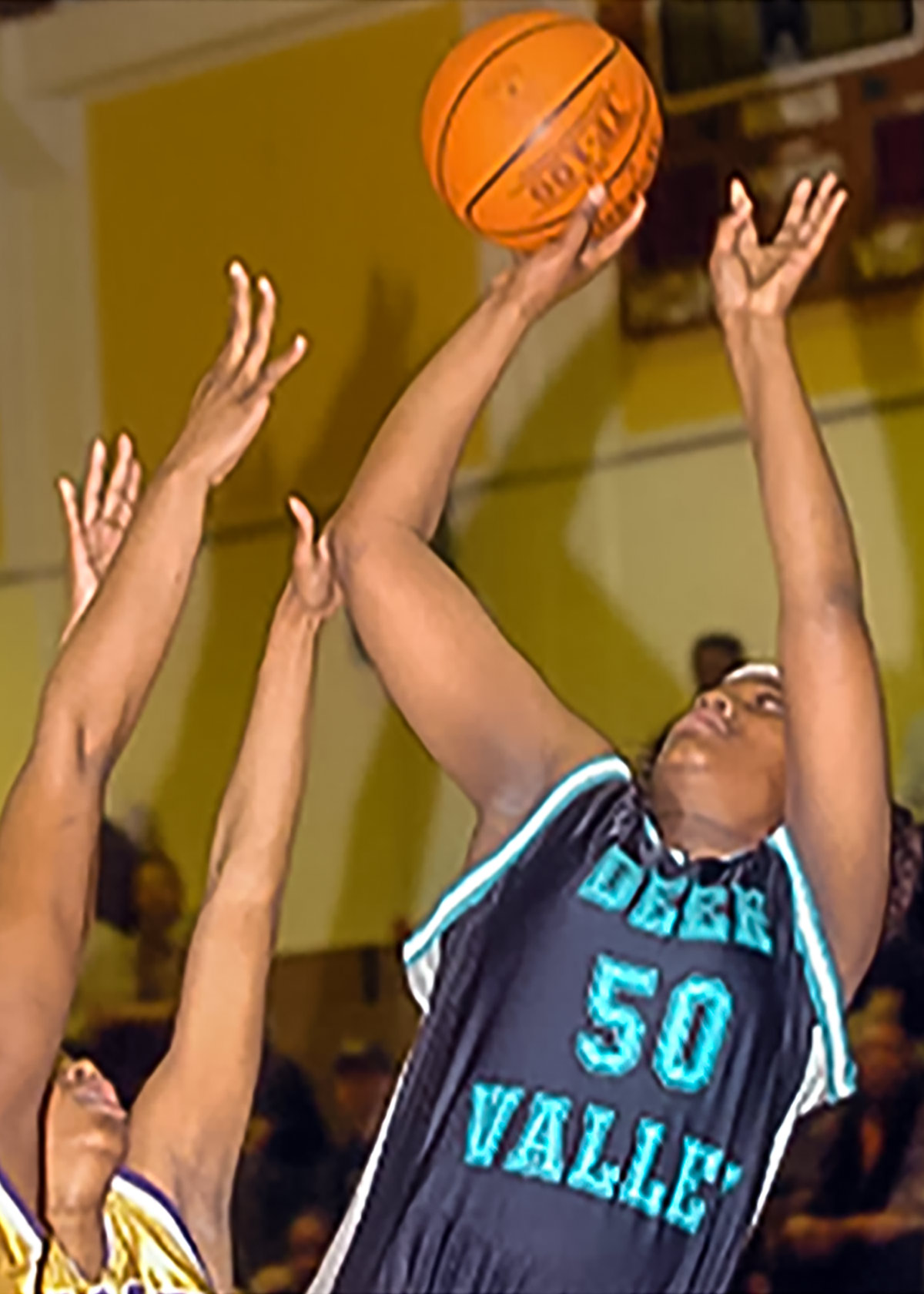 Necolia Simmons arrived at Deer Valley High School as a junior. Over the next 2 years she would go on to become one of the best female basketball players in Deer Valley history. As a senior she was named to the Cal High Sports All-State 3rd team averaging 22.8 points and 10 rebounds per game. In her 2 year career Simmons scored 1,298 points and was named to the 1st team All-BVAL and 1st Team All-Bay Area as a junior and senior. After her senior season she was further honored by being named BVAL Girls Player of the Year.

Necolia led the Wolverines to the North Coast Section finals in 2004 and 2005, winning the NCS title her senior year. That resulted in 2 consecutive appearances for Deer Valley in the State Quarter-Final Basketball playoffs.

After graduation Necolia enrolled in San Joaquin Delta Community College where her basketball talents would continue to blossom. She led the Mustangs in scoring and rebounding both years averaging 16.2 points per game and 8 rebounds per game respectively. Simmons was 1st Team All-Conference in 2006 and 2007 and Conference MVP as a freshman. She was named California Community College Co-Player of the Year in 2006 and 2007. Necolia’s sophomore year culminated with the highest award possible when she was named 1st Team Junior College All-American, the only San Joaquin Delta woman basketball player to ever earn this honor.

Simmons received a scholarship to play for the USF Dons after her sophomore season. In 2008 she was 3rd in scoring and led the team in rebounding with 11.2 points per game and 7.3 rebounds per game respectively. She was also named All-WCC Honorable Mention.

After college Necolia played professionally in Spain for 1 year for the Cod.Carmelitas scoring 317 points and averaging 12.2 points per game over a 26-game schedule.