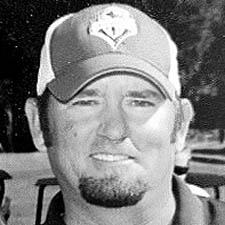 Golf has been Scott Olds’ life since his days as a “range boy” at the Antioch city golf course. At age 11, he won the Antioch Junior Golf Championship shooting an 89 for 18 holes. As a 7th grader in 1981 he beat his father, Jim. He defeated older brother Ron a year later by one stroke, shooting a 78 to Ron’s 79. By the time he was in high school, Scott had won just about every local honor available to a teenager golfer. At Antioch High School, Scott dominated each of the four years he was a Panther between 1984-1987: he was MVP three times and co-MPV once, and four-time First Team All-League. Scott’s playing led the Panthers to the North Coast and Northern California Regional Championships in 1987, in addition to being the individual region champion. The culminating event of his prep career was winning the California State Golf Championship later that same year. While Scott was taking home his 1st place trophy, poor Phil Mickelson had to be consoled with third. Mickelson, winner of five majors in his pro career, is now a PGA Hall of Famer. Scott was the star player on his high school team, but was also a competitor in outside tournaments. As a sophomore, he was the Contra Costa Junior Golf Champion, and the next year, at age 17, became the youngest winner in history of the Antioch City Championship Tournament. He won the city tourney again in 1992. As a senior, he also shot his first hole-in-one – out of five in his career – on the Pittsburg City Golf Course on Sept. 5, 1986. That same year he competed in the United States Golfing Association Jr. Amateur Tournament in Ohio. The Oakland Tribute named Scott the Golf “Athlete of the Year” in 1987 and he was the Big “C” Athletic Club’s “Athlete of the Week.” A year following his graduation Scott won the Stockton City Championship, shooting the best round ever recorded in the tournament – a 7-under-par 65. Scott played golf for the University of the Pacific on a scholarship for two years. He then transferred to California State University, Stanislaus. Following graduation, Scott played in numerous tournaments, including twice in the USGA Amateur. He began his pro career on the Hooters Tour in 1995 and then went on to join the Pepsi Tour in 1997 and 1998, where he was the California Golf Tour leading money earner, winning more than 30 mini-tour events over his career. Scott returned to amateur status in 2009 and continues to compete in tournaments, winning the East County Masters twice: 2009 and 2012 and the Pittsburg City Championship in 2009.