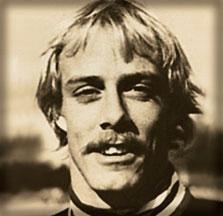 It’s been over three decades, yet two of Shaun Bogan’s Antioch High School swimming records have yet to be broken. Shaun’s splash into the AHS record pool ran from 1974 through 1976, setting record performances in the 200-yard, 50-yard freestyle, 100-yard individual medley and 100-yard breaststroke. The records continued in 1975 in water polo, with an untouchable achievement that sounds more like a home run record – 61 goals in water polo, with an untouchable achievement that sounds more like a home run record – 61 goals in a single season, part of a career total of 92. The water polo team captain was named MVP for the year. Shaun was undefeated in dual meets for the 100-yard butterfly in 1976 for the Panthers, and went on to win first place in the Senior Pentathlon Swim Meet for East Bay High Schools – scoring the second highest overall points of anyone in an eight-year period. Shaun’s swimming continued into college at DVC. In 1976, Shaun was Most Inspirational Player in water polo. In 1977 he set a school 400-meter medley relay record. In 1978 he earned All-America status in eight events at Diablo Valley College. Shaun’s amazing speed in the water earned a full-ride scholarship in 1979 to the University of Oklahoma, where he set records for the Sooners in the 200-meter individual medley and 100-meter freestyle. Shaun placed second in the 200-meter individual medley and fifth in the 100-meter breast stroke at the Big 8 conference championships and earned All Big 8 Conference in the 200-meter individual medley. Shaun has earned dozens of honors for himself however he has also been able to help East County youth make waves in swimming competitions. As a Freedom High coach, he was the first to send swimmers to North Coast Section championships in 2001, helping an Oakley teen earn All-America status and an All-America Coach honor for him. The following year the Delta Skimmers swim club team benefited from his expertise, with a winning season for the first time in many years. Shaun coached Deer Valley High boys and girls teams in 2003, earning a second and third place respectively in the Bay Valley Athletic League.