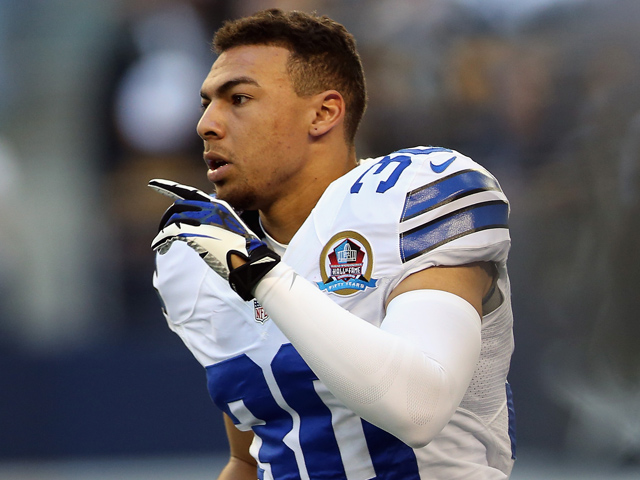 A year after finishing 28th against the pass, the Bucs have finally strengthened their secondary.

Less than 24 hours after his visit with the 49ers, California native and former Cowboy Sterling Moore has signed with Tampa Bay, the team announced Thursday. Moore joins the Buccaneers on a one-year deal, worth a max value of $1.525 million, NFL Media Insider Ian Rapoport reports.

At 25, the undrafted free agent has shown plenty of promise despite a lack of commitment from other clubs.

Filling in for a disappointing Morris Claiborne, Moore finished the season as one of the 25 best cornerbacks in football, according to Pro Football Focus. Over 713 snaps, he broke up eight passes and allowed just 61 percent of the passes thrown his way to be caught.

In his second season, Lovie Smith is going to need to make some drastic upgrades to the secondary. And while that might not manifest itself in the first round of the NFL Draft, or the first wave of free agency, his scheme needs some help in order to thrive the way it should.

While Moore doesn’t get him all the way there, it provides a value signing at a key position.

Stacey Johnson, surrounded by her husband and parents, wiped away tears as she studied the display case in the Antioch Sports Legends Hall of Fame celebrating her accomplishments as an all-around athlete at Antioch High School. “This is very humbling,” said Johnson, a 1991 graduate and one of 14 individuals, plus one team, inducted Saturday…

Antioch High School football star Najee Harris has orally committed to the University of Alabama, his mother, Tianna Hicks, confirmed early Monday afternoon. Harris, a 6-foot-2, 209-pound running back, rushed for 2,263 yards, averaged 205.7 yards per game, and scored 23 touchdowns during his fantastic sophomore season in 2014. He broke the school record for…

Former 2012 Deer Valley High School’s Marcus Lee helps lead the Kentucky Wildcats (35-0) in its quest for the NCAA 2015 basketball championship. The 6’9″ Sophomore forward from Antioch played in all 35 games this season and shot 63% from the field and on defense added 27 blocks. In the second round Kentucky dominated The…