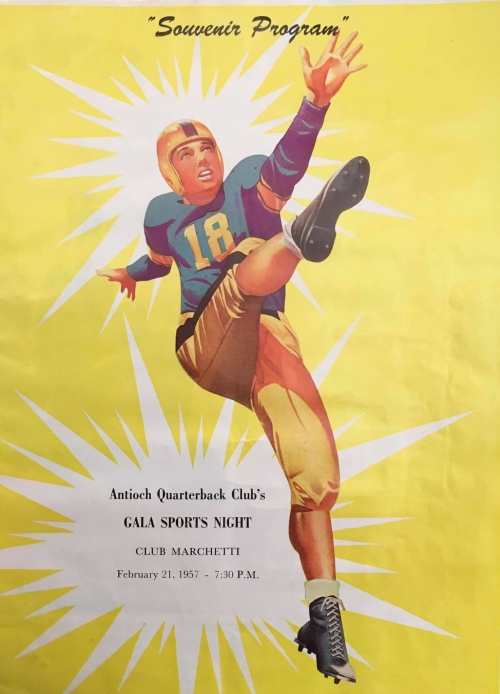 64 years ago this week, February 21, 1957, the Antioch Quarterback Club met at Club Marchetti for the first Gala Sports Night. The Master of Ceremonies was Bob Fouts, the Forty-Niner play by play announcer and father of NFL Hall of Fame quarterback Dan Fouts. Future ASL Hall of Fame inductees Worth Shaw and Nick Rodriguez were actively involved. The Quarterback Club’s mission was to “Promote, encourage athletes of all types to people of all ages” Be sure to read the guest list, some of the biggest athletes to come from our area were there, at the first Quarterback Clubs Gala Sports Night!

Former 2012 Deer Valley High School’s Marcus Lee helps lead the Kentucky Wildcats (35-0) in its quest for the NCAA 2015 basketball championship. The 6’9″ Sophomore forward from Antioch played in all 35 games this season and shot 63% from the field and on defense added 27 blocks. In the second round Kentucky dominated The…

A year after finishing 28th against the pass, the Bucs have finally strengthened their secondary. Less than 24 hours after his visit with the 49ers, California native and former Cowboy Sterling Moore has signed with Tampa Bay, the team announced Thursday. Moore joins the Buccaneers on a one-year deal, worth a max value of $1.525…