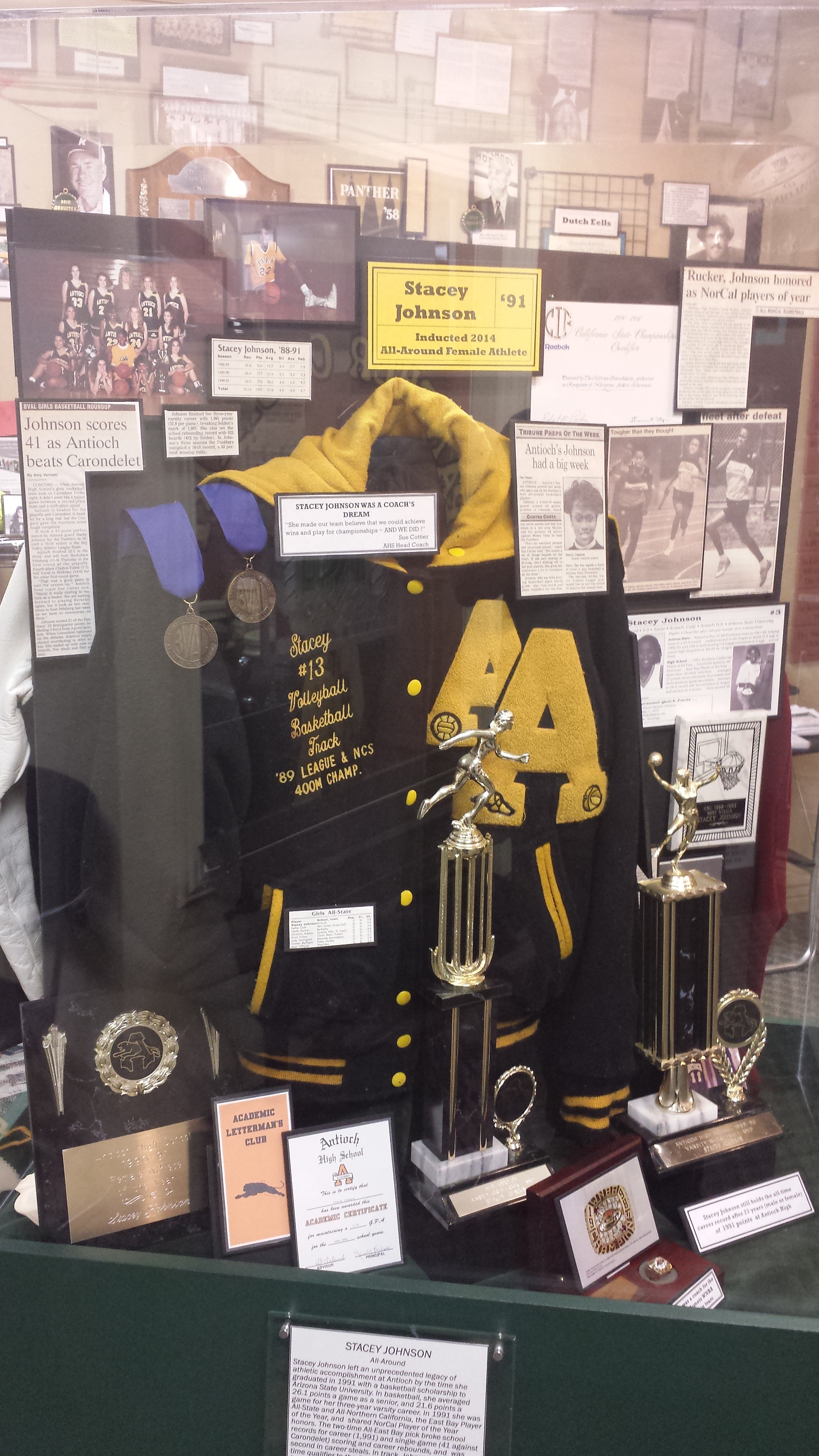 I remember after every game my dad would ask several questions like, “Did you do your best?, and “Did you have fun?” My dad was one of the most competitive men I know, which was evidenced by my childhood quest to beat him playing one-on-one basketball (which he never let me win a game). He would knock my skinny 100 lb. frame over many times, block my shot, steal the ball and annihilate me with his famous hook shot. At the end of the game with his crooked smile and hug, he would say, “When you finally beat me, you will know you earned it.”

Him asking those two questions did not mean a lack of competitive fire. He realized the quintessential answer that true competitiveness was built with a foundation of hard work, passion and joy. Growing up Johnson, my dad created that innate skill in every one of his kids.

I remember my mom saying, “If you don’t have a 3.5 GPA, you won’t play sports.” She would hide the sports section of the newspaper until we read the front page. She made us read a book a month and give her an informal book report before we could attend athletics practices. My mom knew that by challenging our minds, as well as our physical prowess, she was creating within us a foundation of learning that would last long after our athletic exploits faded. She understood that while the world celebrated our victories on the field and court, she would hold the Johnson expectation of excellence to a much high standard.

I remember running home after struggling through a speech at Park Junior high because of my stuttering. My mom greeted me at the door. She loved me well through my learning challenge, acknowledged my need for additional help, and refused to let that challenge limit my dreams. She was my biggest fan and loudest supporter, especially when people would laugh at me as I struggled to get the words out. She had an innate ability to cushion my greatest insecurity and offer hope that you could conquer anything. Growing up Johnson meant that saying “I can’t” was unacceptable and even in failure, you could find success if you kept trying.

My mom gave us daily chores and spankings when needed. Although we were the best maid service in California, she easily worked harder than all of us together. She packed lunches daily, checked homework, drove the Johnson taxi and was a long-time board member(of every and anything). Despite her overflowing schedule, she made time to give us unconditional love and acceptance. I never understood how dividing her love by six had a multiplying effect. Growing up Johnson meant work and responsibility, but it also meant knowing that Gwen was the true mother hen; she never let anyone mess with her babies.

I remember my mom making me wear dresses to school once a week. Although I was a tomboy, she created a vision of beauty that could equally accept high top tennis shoes, as well as high heels. This valuable lesson helped me understand that I could embrace being a non-girly girl and still be a young woman that valued my feminine side. Mostly I remember her writing notes in my lunch signing them with “My beautiful brown sugar.” Growing up Johnson as a young woman meant you were beautiful. If I never heard it anywhere else, other than at my home, I was a princess that wore basketball shoes (but a princess nonetheless).

I remember my parents had a rule that if you are not competing in a game that you had to support whichever Johnson kid was playing a game. So many a days, we would load the car and be off to the nearest field or gym. We grew up with understanding that family was the biggest support network we needed. My parents created an atmosphere that valued the group more than the individual, which breeded a humility that even accolades and stardom could not undue. We understood that God and family were the greatest gifts ever in this lifetime. Growing up Johnson meant we understood that Family was first.

This backdrop to my childhood has painted on the canvas of my life many memories of victory, defeat, disappointment, joy, laughter, tears and even sickness. However, through everything it has created a masterpiece and a foundation that has catapulted me to greater success as an adult. More importantly, it has passed on a legacy of family that I feel indebted to replicate in my own family.

As I’m reflecting back on the Antioch Hall of Fame weekend, I’m so thankful for the gift of growing up Johnson and realize the true Antioch Sports Legends are Gwen and Sam Johnson. They created an atmosphere that nurtured my athletic gifts and passion for basketball and positioned me as one worthy of Hall of Fame recognition.

The Alumni BBQ scheduled for July 20th has been rescheduled to August 31st. The time and place is the same, from 5:00-8:30 at the gazebo on the Antioch Historical Museum lawn and BBQ area. All inductees, volunteers and supporters of the Antioch Sports Legends are welcomed to a free BBQ dinner by Kinders. We will…